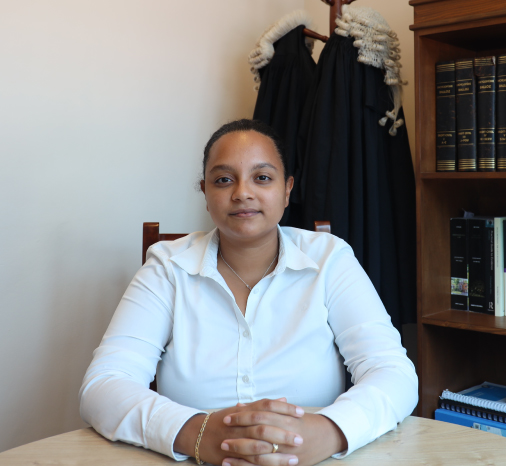 Partner
Edith Wong obtained an LLB with honours from the University of London International Programme in September 2013 and successfully completed the University of Seychelles run in conjunction with the Judiciary of Seychelles BAR Vocational Course in October 2014.  Thereafter, she underwent her pupillage at the Law Chambers of Francis Chang-Sam where she was based for 5 years, in which time she became a notary in July 2019.

Ms Wong has been the Vice Chairperson of the Employment Tribunal since March 2019 acting as an adjudicator and delivering  decisions on labour related matters in the country.  She has been involved in several key high profile cases in the judiciary of Seychelles, including assisting in the Tribunal of Inquiry into the Chief Justice of Seychelles as well as assisting in  the constitutional and judicial review cases representing the Constitutional Appointments Authority.  She was also involved in advising the consortium of buyers in the purchase of Cable and Wireless Seychelles Limited.
Fluent in English, French and Creole, Ms Wong has a keen interest in the Civil Code of Seychelles and was the author of  the paper “Droit de Superficie : Coelho v Tailapathy” that won the inaugural Andre Sauzier writing competition.  She has also participated in presenting several reviews on the Constitution of Seychelles on Constitution day from the years 2015 until 2019 organised by the Judiciary of Seychelles. 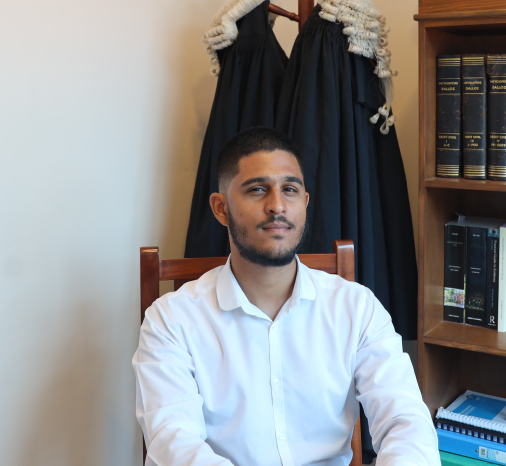 Partner
Olivier obtained a First Class LLB with honors from Middlesex University, London, United Kingdom in July, 2014. He thereafter successfully completed the Bar Professional Training Course at BPP Law School, Holborn, London and was called to the Bar of England & Wales in July, 2015 as a barrister-at-law. In October, 2015, he commenced his pupillage with the Law Chambers of Francis Chang-Sam, S.C resulting in his call to the Bar of Seychelles and admittance as an Attorney-at-law in October, 2017. On the 1st April, 2020, Olivier and Edith formed Chang-Leng and Wong Law Chambers and have been in operation since.

During his time as a pupil and attorney-at-law, Olivier has been involved in several key high profile cases in Seychelles, such as being a part of the legal team which assisted the former Chief Justice of the Seychelles in the Tribunal of Inquiry set up to investigate her, as well as numerous high value commercial deals, including the proposed acquisition of Habib Bank Limited, the financing of the second phase of the Eden Island project and the acquisition of Cable and Wireless (Seychelles) Limited by a consortium of Seychellois investors in what was the biggest leverage buyout in the history of Seychelles.
He has also represented the Constitutional Appointments Authority in a high profile judicial review of their appointment of a judge to the Supreme Court. Olivier also has experience with a vast array of legal fields, such as employment, corporate, civil and criminal litigation and land conveyancing and has represented clients in the highest Court of Seychelles.

Olivier is fluent in English, French and Creole and currently sits as Chairperson of the Disciplinary Committee of the Seychelles Football Federation.